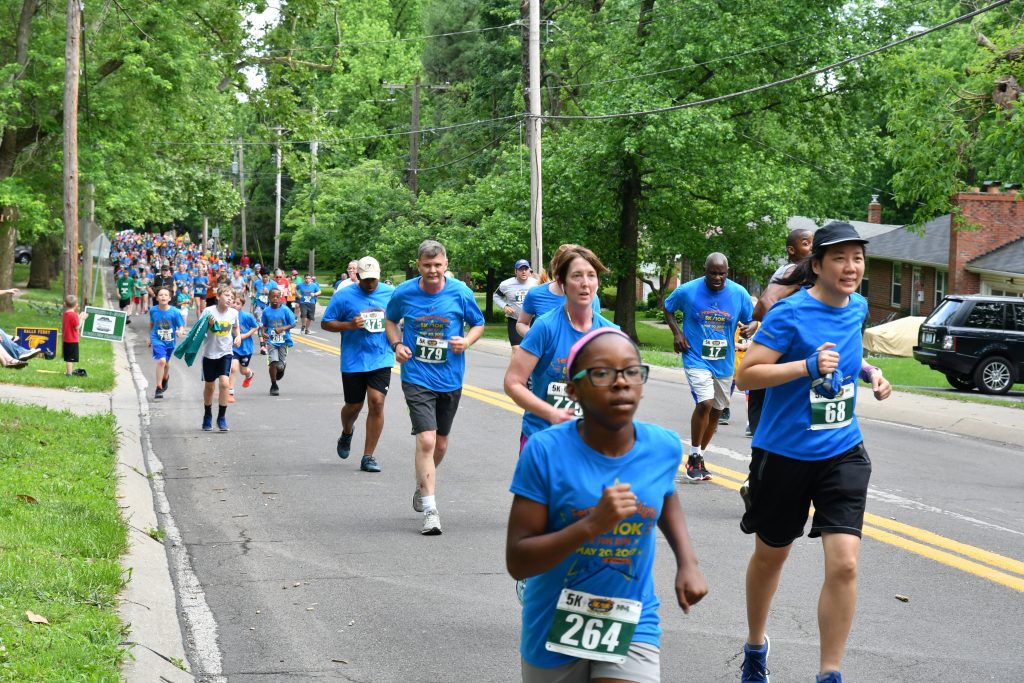 “This event has been the catalyst for a major change in my interest in running. Today I am more fit than I was eight years ago, by far—and I can trace it all back to the first 5k in my own neighborhood.” 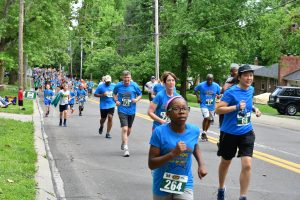 The 9th Ferguson Twilight Run takes place on Saturday, May 19, starting at 4:30PM in the heart of downtown Ferguson.

Since its inaugural race in 2010, the Ferguson Twilight Run has become one of the premier annual events of the greater St. Louis area. Each year it draws more participants from far and wide, strengthening community and crossing boundaries.

“We were only supposed to get 50 people that first year,” said Race Director Dwayne T. James. “No one thought that a 5K in North County would be successful. We were told that people would not support it.” That first year, the event drew more than 900 registrations from area codes throughout the St. Louis and St Charles areas. In 2017 more than 1,600 people participated, representing more than 100 zip codes participated, 79 percent of which were from outside the Ferguson area. In all, more than 12,600 runners have walked, jogged and raced through the historic neighborhoods of Ferguson since the event began.

In what has become an annual tradition, 38 virtual runners joined the Ferguson Twilight Run in 2017 from 12 different cities national and internationally, completing the 1-mile, 5K or 10K in their own neighborhoods on race day while wearing FTR T-shirts and registration numbers and then posting their photos on social media.

Supported by the city and community of Ferguson and North County, the event has won the Best Neighborhood Support Award from Big River Running five times. The event starts and ends at the Plaza at 501 (501 South Florissant at Suburban Ave.). Pre-race entertainment featuring Big Papa G begins at 4:30PM. The 1-Mile Fun Run, presented by Christian Hospital, takes off at 5:00PM. The 5K, presented by Negwer Materials, starts at 5:45PM. The 10K, presented by Big River Running, leaves the starting line at 6:15PM. Post-race festivities include free beer and root beer samples by Ferguson Brewing Company. The free live concert featuring Griffin and the Gargoyles starts at 6:45PM and ends at 10:00PM.

Registration for the Ferguson Twilight Run is currently $30 for the 5K and 10K, $25 to participate as a virtual runner, and $14 for the 1-Mile Fun Run. Peak Performance and Presenting Sponsors include Emerson, Centene Charitable Foundation, Christian Hospital BJC HealthCare and Negwer Materials. In-kind sponsors include Big River Running, City of Ferguson and Ferguson Brewing Company.